In this post, I have come up with American famous romance-drama novelist Nicholas Sparks quotes. Most of these quotes are about love. let’s see some basic details about Nicholas and his life.

Who Is Nicholas Sparks ?

Nicholas Sparks’ full name is Nicholas Charles Sparks. He is an American romance-drama novelist and screenwriter.

He was born in 1965 in Omaha, one of the big cities in the United States. His father’s name is Patrick Michael Sparks, a future professor of Bussiness.

And his mother Jill Emma Marie Sparks worked as an optometrist’s assistant. He lived in California until he grew up.

He first wanted to become an athlete. But an injury ended his budding athletic career. After that, he was inspired to write a novel. In 1988, he graduated in business and after that, he did Several types of jobs. When they got married then they were settled in New Bern in North Carolina.

Then he started writing novels along with his job. He first published a book in association with former Olympic runner Billy Mills. This book, which was inspired by a Native American legend.

After that Spark continued to develop his writing skills. He then started working on one of his best book. The name of that book was a “notebook”.

When this novel was published, he appeared on The New York Times best-seller list. After that, his fame spread everywhere. He then published seven more novels one after the other. Two of his novels, “Message in a Bottle” and “A Walk to Remember”, were also made into films.

– Hooked Book Summary: How To Build Habit-Forming Products
– Mahatma Gandhi Quotes That Inspire You In Life
– Best Quotes From Albert Einstein That Instructive In Our Life

Spark loved writing novels on love stories. And most of his novels were on love stories, yet he rejected the suggestion that he was a “romance novelist”.

Sparks discovered more serious subjects such as loneliness, grief, passion, and loss from his book. His books are very heartbreaking. One of his novels, “Three Week with My Brother”, has a profound impact on the death of his brother Micah, his parents and sister.

Sparks is a very devout Roman Catholic man. The money they have earned from their books is used for charitable causes. Sparks has donated over 900,000 dollars so far.

His wife started a foundation in 2011 called the Nicholas Sparks Foundation. This foundation has helped many students through scholarships, internships and annual fellowships under the Creative Writing Program in association with other local and national charities.

In addition, the Foundation and the Sparks family have donated more than 15 million dollars to beech, charities, scholarship programs and projects. In 2008, Sparks and his wife donated close to “10 million dollars” to start The Epiphany School of Global Studies.

Where do Nicholas live?

How much Nicholas net worth?

The Notebook, A Walk to Remember, Message in a Bottle, Safe Haven and The Lucky One

What is the newest Nicholas book ?

Nicholas’s newest book is The Return. In the last, we see a lot of things about Nicholas Sparks and his life in this post. So, let’s see some Nicholas Sparks quotes with images.

You and only you have always been my dream.

Every great love starts with a great story…

I love you more than the stars in the sky and the fish in the sea.

I am a common man with a common opinion and I have led a normal life.

I’m sure, I’m nothing special.

I love you. Whoever I am because of you.

I have loved someone else with my heart and soul, and for me, it has always been enough.

Just when you think something bad can’t happen, it can happen.

Keep up the wonderful memories, but keep pushing yourself forward.

Love is a feeling that never goes away.

Love is like the wind, you can’t see it but you can feel it.

The true meaning of love is that you care more about the happiness of others than your own.

Remember that it is never easy to make anything worthwhile.

Our life story has three parts: a beginning, a middle, and an end.

When you fall in love for the first time, it changes you forever, however much you try.

The deeper the love, the greater the tragedy at the end.

It takes a lot of pain to separate us because our souls are connected.

True love is the only rare thing that gives real meaning to life.

When you are struggling with something, look at life to all the people around you.

You’re about to connect with people in your life who will all say the right thing at the right time.

You have every reason, every hope and every dream I have ever seen, then I don’t care what happens to us in the future.

You are the answer to my every prayer.

Always you and only you are my dreams.

You cannot live your life just for other people. You also have to do what is right for you. 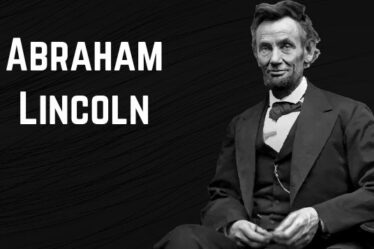 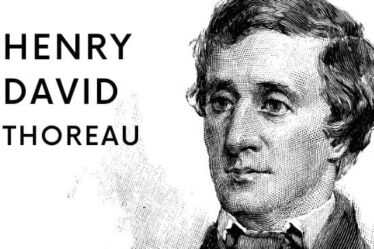