by DhirenSeptember 30, 2020September 29, 2020Leave a Comment on 40+ Amazing Mother Teresa Quotes About Peace And Happiness

Mother Teresa who was a nun and a great Roman Catholic saint. Who has helped many of the poor people by establishing Mother Teresa the Order of the Missionaries of Charity, and besides, she is considered one of the most humanists of the 20th century.

So, let’s know about Mother Teresa’s life and her great works in short. And after that, we are going to see some famous mother Teresa quotes with images. And if you like these posts and quotes, then definitely share it with your friends.

Who Is Mother Teresa?

Mother Teresa’s real name is Agnes Gonxha Bojaxhiu. She was born in a Kosovar Albanian family in Skopje, North Macedonia. His father’s name was Nikollë Bojaxhiu, an Albanian-politician in Ottoman Macedonia.

In addition, he was an entrepreneur and traded medicines and other goods. And her mother’s name was Dranafile Bojaxhiu. Her father died when Mother Teresa was eight years old.

She did not study much but completed his primary Study at a convent-run primary school and state secondary school. Apart from that, she was also a good singer and she used to sing in the local Sacred Heart.

When Teresa was younger, she was greatly influenced by the stories of the missionaries’ lives and their service in Bengal. When she was 12 years old, she went on a pilgrimage to the Black Madonna Church in Latinis, since then Teresa’s interest in religious life grew.

In 1928 Teresa left home to pursue her dream of making a missionary and joined Loreto’s sisters in Rathfarnham, Ireland. After that, she never went to her mother and her sister.

She came to India in 1929 and learned Bengali. She taught poor children at St. Mary’s Girl’s High School near her convent in Darjeeling. She took her first religious vow on 24 May 1931 and choose the name Teresa for himself by her Spanish name.

On May 24, 1937, she pledged that she would help the poor people throughout her life and would practice purity and obedience. According to the custom of the Loretto nuns, after spending many years she received the title of “Mother” and thus came to be known as Mother Teresa.

She continued to teach in the school until 1944 and after that, she became the principal of the school. With her kindness and generosity, she changed the lives of many students. She has said a very good thing that is: “God, give me the strength to be the light of everyone’s life so that I can bring them to you.”

It was felt on September 10, 1946, when she boarded a train from Calcutta to the foothills of the Himalayas. She said that Christ had asked him to help the poor and sickest people in the city.

So she left the Loreto Convent in January 1948 moved to the city. Where she first traveled to the slums of Calcutta. Mother Teresa started an open-air school helping the poor of the city.

In October 1950, She established a new congregation, Missionaries of Charity. As soon as people came to know about this, she started receiving donations from India and around the world.

In the 1950s and 1960s, she established a number of institutions such as the Kopar Colony, orphanages, nursing homes, family clinics and mobile health clinics.

Apart from India, she also helped the people of the world greatly. They said that “By blood, I am Albanian. By citizenship, an Indian. By faith, I am a Catholic nun. According to my call, I belong to the world. My heart is completely related to the heart of Jesus.”

In 1982, Teresa rescued 37 children trapped between the Israeli military and Palestinian guerrillas. Teresa helped the starving people in Ethiopia and the radiation victims of the chemical accident in Chernobyl. Besides that, Teresa has also helped the earthquake victims in Armenia.

Similarly, by 1996, Teresa operated 517 missions in more than 100 countries, helping people. His Missionaries of Charity has 450 centers worldwide.

She had a heart attack in 1983 when Teresa went to visit Pope John Paul II in Rome. Then after the second attack in 1989, he was implanted with an artificial pacemaker. In April 1996, he underwent surgery for heart disease.

On 13 March 1997, Teresa resigned as head of the Missionaries of Charity, and thereafter died of a heart attack on 5 September. She was cremated by five priests and the Pope’s representative, Cardinal Secretary of State Angelo Sodano.

Teresa’s death grieved many secular and religious communities around the world. Her life is one of the highest examples of service to humanity to care for the poor, the sick and the underprivileged. In the last Let’s some Mother Teresa Quotes with images.

We should never interfere in other people’s affairs.

We find many types of words short and easy to speak, but their echoes are truly endless.

Learn to accept opposite situations with pleasure.

Learn to forgive the mistakes of others.

Learn to accept insults and injuries to oneself.

I am a small pencil with which God is writing and sending a love letter to the world.

If you are humble then nothing will touch you, neither praise nor insult, because you know what you really are.

There is no peace in our lives today because we have forgotten that we belong to each other.

Tomorrow is gone and tomorrow is not going to come. So we have only today, so let’s start today.

The first step to promote world peace is that you go home now and love your family.

Peace always starts with a smile.

One person cannot do all the work, so only we all can do some great work together.

Silence is a prayer, prayer is faith, faith is love, love is service, service brings us peace.

Don’t wait for the leaders, do whatever you want to do alone.

God created this world for the happiness of humans.

A life not lived for another is not life.

When we do not love our work, it is slavery.

Speak as little as possible.

Not all of us can do great things, but we can do small things with love.

If you keep looking at people with the eyes of a judge, then you will not have time to love them.

Be faithful in small things because it increases your strength.

You have to pay the price of sacrifice to be real.

If you cannot feed a hundred people, then definitely feed one.

We should always meet each other with a smile because love is the beginning of love.

Help one person at a time and always start with the person closest to you.

Donation does not mean kindness, it is a form of love.

Loneliness and feeling unaffected is the most terrible poverty in life.

Every time you smile at someone, they feel good. And that person gets a beautiful gift is the gift of love.

Every person you meet in life should be happy, that should be your goal.

May God break my heart completely so that the whole world can come inside my heart.

The person giving with a smile feels best to God.

Use your life to spread the love of God.

God speaks in the silence of the heart. If you face God in prayer and silence, God will speak to you.

Without patience we will learn less in life, see less and feel less.

When you have nothing, you have everything.

We should not pray for success, we should pray for honesty.

If you are kind, then people can accuse you of being selfish and nauseous. But still, be kind. 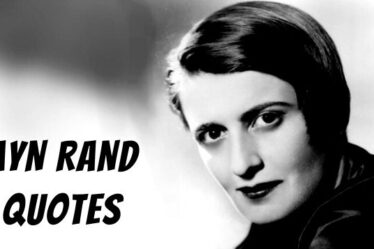 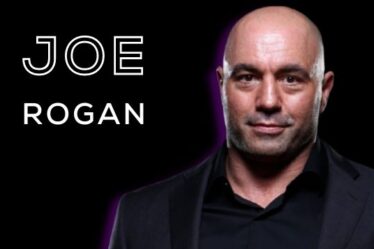 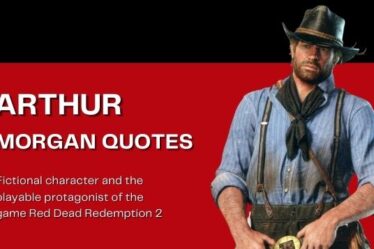