by DhirenJune 3, 2020August 16, 2020Leave a Comment on Man’s Search For Meaning Book Summary And Quotes

We do a lot to be happy and successful in life. Books are the best option for this goal. So today in this post I am going to share some important points of Victor Frankly’s Man’s Search for a Meaning book.

Because those camp prisoners were tortured like hell. they were asked to do the difficult task and that camp place was very cold and dirty. many illnesses and diseases used to occur. and the prisoners were given very little food and thin dresses.

Many prisoners die because of hunger and disease. And remaining who able to survive but weren’t capable of doing any work they were thrown to gas chambers.

All this used to do with people who were fit while going inside the camp and the ones who were not fit since the start. they were directly thrown to the gas chamber so that can die there.

At the time of wars, many camps were opened where millions of people were killed. The author was also in this camp. Where he has spent three difficult and worst years of his life. in this year he lost his entire family, everyone died.

He faced many tortures of hunger and illness. people who were brought along with the author to that camp, amongst them almost all died but still after all the author able to survive. even after facing so many difficulties he able to search for hope.

He learned the actual meaning of life, happiness and also learned various life lessons. which impacted millions of people through his book. today I will share some life lessons and happiness lessons from the author’s classic book. Book have been sold more than 10 million copies.

Here Are 3 Main Points Of Man’s Search For Meaning Book :

As a Profession, Victor was a Doctor. so he helps many people in that camp who were sick. usually, many people used to die in front of him, but one patient incident made him think. That patient was going through Typhus.

Typhus usually occurs during war times and famines. when that patient came to meet the author. he told him that last night he saw a weird dream. In that dream, i hear a voice. that voice told me that I can ask anything and he will give an answer to that question.

That patient had dreamed all this at the end of Feb. and March month had started. hence while telling this incident with victor the patient had a smile on his face. he had hope that yes he will be out from all this before or by 30th. and that voice was real.

But as the 30th of march was nearing war was increasing with full force and his chances of getting out from such difficult situations. were getting weak and finally, it was over.

After this, he got sick on 29th march and fainted on the 30th and 31st of March. He died after that. the reason was typhus but only author and a few of his closed people knew that the actual reason for his death. The reason was the lost hope, he gave up.

From all these difficulties or problems and be able to celebrate the new year with their families but as Christmas arrived they realized that they will never able to go from the camp. and with this, they all lost their strength, courage, and hope. and finally lost their lives.

In that same situation author able to survive in that difficult situation for three years. because he has some goals. which he wanted to finish after getting out of that camp. he wanted to live because he wanted to complete his half-written book. which he had started before getting inside the camp.

He wanted to meet his wife because at that time he wasn’t sure whether she is alive or not. and because of all these strong Reasons and goals he able to survive in that difficult situation. and that too without losing hope.

Similarly, other survivors just like the author able to survive because they all had strong Reasons and goals. And because of that, they all able to survive in that difficult situation. hence the thing you must learn from this.

So, if you can face a difficult situation in your life you need to have strong why’s. whatever thing you want to achieve. your why should be clear and strong for that.

Suppose if you think that i need to get up early in the morning. To go on a walk then there are high chances that you may not get up early.

But think about other situation, if you do not get up early. then any criminal will come and shoot you, then there are high chances that you get up on time or you will not sleep the whole night. similarly, you must have strong why and reason to complete your goals.

Sometimes we give small moments a lot of negative meanings. Then the price which in turn gives us a lot of problems. which isn’t good maximum times. Buddhism has a central theme which is known as Emptiness.

Suppose you are driving a car. suddenly another car overtakes you with speed. now it’s your choice whether you will give that situation a negative meaning by thinking that person is trying to act smart.

Or by giving positive meaning and think about your benefit and think maybe that person is going through some medical emergency that’s why maybe he is driving so fast. so, it’s your choice, you give meaning to situations and incidents and can deal with it.

So, instead of taking things negatively, take positively and stay happy. yes, maybe you were right that the driver was trying to act smart. but if you stay negative nothing will happen to that driver, the only thing which will happen is you will spoil your mood.

Hence try to stay positive. no matter how bad the situation is. trying to give positive meaning to situations. trust me that thing will keep you healthy mentally and physically and also keeps you happy and this is the best thing to make any worst situation a better one.

In some bad situations, we start reacting, by putting stress. we start hurting mentally and physically. Sometimes we also hurt other people. in these situations we should not react to that. The author is explaining to us this thing, who has faced such worst and difficulties for three years.

Where he could die at any time, he did not have enough food and clothes. He was not getting the support of a family friends. Then in such a situation, he responded positively to the negative situation. Because he had learned the true meaning of life and the meaning of happiness.

Similarly, why can’t we stay positive and handle the situation without being negative. Yes, understand sometimes it’s not easy. sometimes we take years, months or weeks to get out of any negative situation and to become positive.

But I say why to torture yourself even for some hours. why stay sad for one day in your precious life. just because something bad happened to you as per your thinking. we should learn to respond to situations instead of reacting just like the author.

And try to change the situation in the best possible way. find out a reason so that you can stay happy and you can find out that one reason to stay happy in any situation. because this kind of attitude will give you huge success.

Your choice of how you would like to respond and react to any situation and circumstances. and this is the thing that always stays in your hand. This amazing knowledge.

I have shared from The Man’s Search for Meaning book by victor frankly. you must read this book for sure it’s really amazing. I have shared its link below. So, buy now! And find the actual meaning of life.

When we are not able to change a situation, we must challenge ourselves to change.

Love is the only way to win another person’s inner personality.

Who has the answer to why?. It can cope with almost any ‘how’.

We must ensure that we cannot pursue happiness.

Love goes very far beyond the physical person of the beloved.

We do not have freedom from conditions, but the freedom to adopt any attitude towards conditions.

An abnormal response to an abnormal condition is normal behavior. 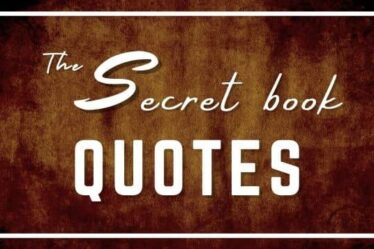 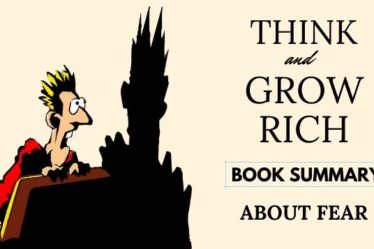 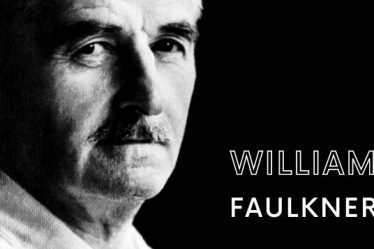