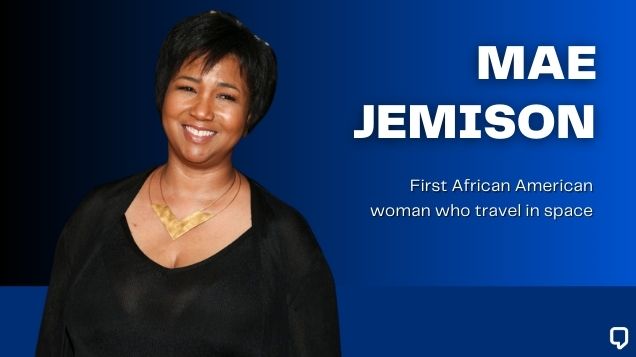 Earlier women were considered weak and had much fewer rights in comparison to men, especially before the 21st century. But even at that time, there were some women who had surprised the world with their courage and ability.

We are going to know about one such woman who made her name bright by going to space. Mae Carol Jemison, an American former NASA astronaut, engineer and physician who is the first black woman to travel in space.

Mae Jemison is fearless, hard-working and selfless by nature. She never gave up to fulfill her goals and dreams. All these qualities make her an inspiration and role model for all women.

Mae Jemison was born on October 17, 1956 in Alabama and raised in Chicago. Her father Charlie Jemison worked as a maintenance supervisor for a charity organization and her mother Dorothy Jemison was a teacher who taught maths and English.

Mae was excited to learn about space and the universe during her primary studies. During the 1960s, she made her role model as Lieutenant Uhura, a fictional character from the Star Trek series. After this, she decided to become an astronaut.

She studied ballet at the age of 8 or 9 and joined the Modern Dance Club at the age of 12 in high school. She also loved to dance. Mae also wanted to become a professional dancer.

After completing graduation from Chicago’s Morgan Park High School in 1973. She attends Attended Stanford University for higher studies at the age of 16. At Stanford, she also studied a little about space.

In 1977, she did a B.S. degree in chemical engineering and later obtained a medical degree from Cornell University. Mae then worked as a doctor for the Peace Corps from 1983 to 1985, later as a general practitioner.

In 1987 Mae Jemison joined NASA’s astronaut corps and worked on the STS-47 mission. Under this mission, in 1992, she got a chance to go to space for 8 days. In which she worked as a mission specialist. This made her dream of going to space come true.

During that time she was the first African American woman to go into space. During the mission, she did exercises and experiments on body weightlessness and motion sickness.

In 1993, Mae left NASA and founded a technology research company. Later established a non-profit educational foundation from which she started the 100 Year Starship project.

Apart from all this, Mae has also written some books for children including the 1993 episode of Star Trek: The Next Generation. Due to all these achievements, she is honored with the National Women’s Hall of Fame and the International Space Hall of Fame.

In 2021, She is 65 years old and her net worth is around $2 million. She is currently leading the 100 Year Starship project through the United States’s DARPA (Defense Advanced Research Projects Agency).

So let’s see some inspiring Mae Jemison quotes with attractive images so that we can boost our self-confidence and fulfill our dreams.

Science provides an understanding of a universal experience. – Mae Jemison

I like to think of ideas as potential energy. They’re really wonderful, but nothing will happen until we risk putting them into action. – Mae Jemison

More women should demand to be involved. This is one area where women can get in on the ground floor and possibly help to direct where space exploration will go in the future. – Mae Jemison

The arts and sciences are avatars of human creativity. – Mae Jemison

You can hear other people’s wisdom, but you’ve got to re-evaluate the world for yourself. – Mae Jemison

Some of the most fun people I know are scientists. – Mae Jemison

You have the right to be involved. You have something important to contribute, and you have to take the risk to contribute it. – Mae Jemison

I knew full well that people expected me to behave in a certain way. I bucked the system. – Mae Jemison

We are all tasked to balance and optimize ourselves. – Mae Jemison

The biggest challenge we all face is to learn about ourselves and to understand our strengths and weaknesses. We need to utilize our strengths, but not so much that we don’t work on our weaknesses. – Mae Jemison

To survive as a species on this planet, we’re going to have to see ourselves as Earthlings. – Mae Jemison

When you have teachers saying, ‘I don’t have enough time for hands-on activities,’ we need to rethink the way we do education. – Mae Jemison

A big part of engaging kids in science is not getting the single, correct answer; it’s being willing to work with students to discover the correct answer. – Mae Jemison

Sometimes people have already decided who you are without your story shining through. – Mae Jemison

We put water down into the earth to push up gas, then we say, ‘Ooh, we’re having a water crisis.’ This is foolishness, and this kind of foolishness, where we try to excuse human behaviour, is dangerous. – Mae Jemison

If you have a goal that is very, very far out, and you approach it in little steps, you start to get there faster. Your mind opens up to the possibilities. – Mae Jemison

Images show us possibilities. A lot of times, fantasy is what gets us through to reality. – Mae Jemison

There is a fascination with the idea that one has seen someone else do something before one can achieve it. – Mae Jemison

It’s your place in the world; it’s your life. Go on and do all you can with it, and make it the life you want to live. – Mae Jemison

There are individuals who can support you, but frequently, you have to risk putting yourself out there – and sometimes you just have to push. – Mae Jemison

Don’t let anyone rob you of your imagination, your creativity, or your curiosity. – Mae Jemison

I think that people need an adrenalin rush. Folks need something aspirational; they need to do something that is hard. That’s what ignites the imagination. – Mae Jemison 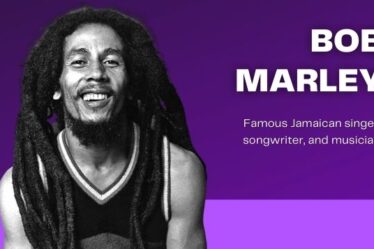 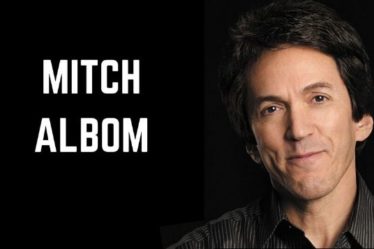