Lil Peep a man who gained considerable fame at a very young age. There was a seriousness in his music which led to weight in his music.

He was quickly connected with his fans. Although he was a Post-Malone level star.

But unfortunately, today he is not among us. At just the age of 21, he said goodbye to this world.

Lil Peep’s real name is Gustav Elijah Ahr. He was born on November 1, 1996 in Allentown, USA.

He was a famous American rapper, singer, songwriter and model. And also considered to be an emo-style revivalist of rap and rock music.

When he was 12 years old, his father Karl Johan Ahr and his mother Liza Womack got divorced. Which had a profound effect on him.

Lil Peep grew up and studied in Long Island, New York. However, he left his studies midway. Because he wanted to be a ripper.

He got this inspiration from 24-year-old producer Dylan James Mullen (Better known as a Smokeasac). He released the song Three 6 Mafia on Soundcloud.

So Peep created his account on SoundCloud and started releasing his songs. This led to Peep’s own brand of “emo rap” on Soundcloud. And he became famous as a “SoundCloud rapper”.

Soon it became popular in Soundcloud as Lil Peep. In this, he named himself Peep because when he was a child his mother used to call him “Peep”.

And in the industry, most rappers call themselves Lil. It comes from the name Lil Hau. “The word Lil, a shortening of little, first appeared in the 1800s.”

He then moved to Los Angeles to pursue a career in music. There he teamed up with Lil Tracy to create several mixtapes such as Lil Peep Part One, Live Forever, Crybaby and Hellboy.

After this Lil Peep emigrated to London. Where he recorded his first studio album. He discovered emo, trap, lo-fi and alternative rock style with his first album Come Over When You’re Sober, Pt. 1.

Meanwhile, Lil Peep developed a bipolar disorder which led to depression. Because of this, he started consuming drugs. And this substance abuse led to his death.

On November 15, 2017, Peep was found dead on his tour bus due to an accidental overdose of drugs named Fentanyl and Xanax.

After Lil Peep’s death, it was revealed that a few hours before his death, he posted on one of his social media accounts “when I die, you’ll miss me”.

It also seems that he may have committed suicide. Although no one knows the truth.

Lil Peep was a great inspiration to the youth. He became an inspiration for outcasts and youth subcultures. In his memory, a documentary film Everybody’s Everything has also been released in 2019.

So let’s finally see some quotes from Lil Peep that will inspire us in life.

If you’re not a funny character, no one will fuck with you because you don’t have enough shit. ― Lil Peep

I want to do a lot of different things in my life and see different places in the world. ― Lil Peep

At the end of the day, I am only there to make music that I enjoy and other people enjoy. ― Lil Peep

I am a very emotional person but I wish I was a little less emotional. ― Lil Peep

When I look at the night sky, I see a reason for all the stars to be there. ― Lil Peep

Everyone in the world wants that people listen to what they want to say. ― Lil Peep

I help my friends and the people around me because I am very generous. ― Lil Peep

I remain very controversial for some reason. ― Lil Peep

I consider what everyone calls a sin a part of myself. ― Lil Peep

I have many serious concerns. ― Lil Peep

I wish I didn’t have the heart to love you. ― Lil Peep

To love you is the most wonderful experience of my life. ― Lil Peep

I just wanna lay my head on your chest, so I’m as close as it gets to your heart. ― Lil Peep

When i die, you will love me. ― Lil Peep

You know i love you by the way that i kiss you. ― Lil Peep

As the rain keeps falling, the tears keep falling. Darling, your love is like walking on a fingernail bed and therefore cannot do it every day. ― Lil Peep

I wish i didn’t have the heart to love you. ― Lil Peep

It’s either love or hate with me. People really can hate me. ― Lil Peep

Sometimes life gets fucked up and so we get fucked up too. ― Lil Peep

We should never forget the favor of anyone. ― Lil Peep

I think this planet is very unhappy because everyone here is very ungrateful, which is a very big problem. ― Lil Peep

Whatever I am today, I did it all by myself. Because I never ask anyone for help. ― Lil Peep

I always knew that I would become an artist because I had great faith in myself. ― Lil Peep

I spent my first year making music very experimentally. Because I was trying to find my voice. I spent more of myself in my second year. Because I knew what kind of production I wanted to go on. ― Lil Peep

The future is gonna be remembered forever. Future just has so much quality music. ― Lil Peep

I always see music as an art – it has never been a product for me. ― Lil Peep

I don’t care what people think of me. I just want to live my own way. ― Lil Peep

I do whatever I want when I want. ― Lil Peep 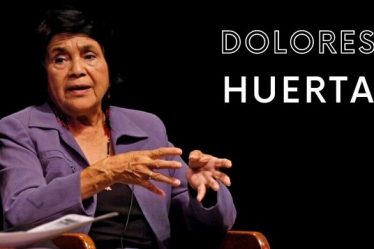 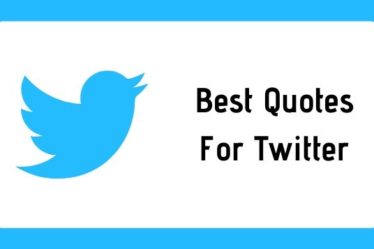