87 Most Inspiring Steve Jobs Quotes On Technology, Leadership And Innovation

by DhirenFebruary 24, 2021April 8, 2021Leave a Comment on 87 Most Inspiring Steve Jobs Quotes On Technology, Leadership And Innovation16 min read 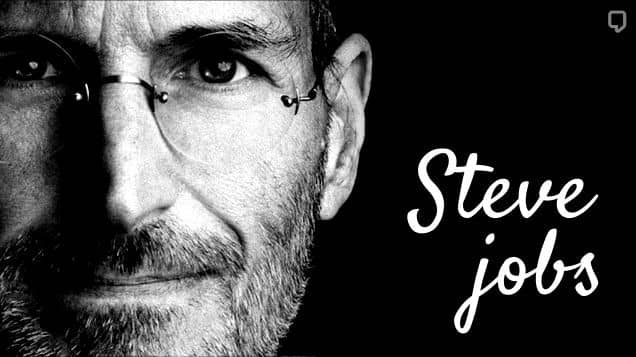 Steve Jobs was an influential figure. He brought a change in technology and ushered in a new computer era.

He co-founded the world’s largest tech company Apple Inc. in 1976 with Steve Wozniak. Today, the company has become one of the best in the telecommunications sector.

In 2020 Apple is worth more than 2 trillion dollars. The biggest contributor to the company’s success is Steve Jobs.

So the world considers him as the world’s genius and visionary person.

So let’s know some interesting things about his life. And later see some of his inspirational quotes. If we understand their thoughts well and bring them into our lives we can become successful and influential like them.

His father Abdulfattah was a Muslim. He was a political activist and his mother Joanne Schieble was a Catholic. But soon Steve was adopted by Paul Jobs and Clara Jobs.

Jobs was interested in electronics from an early age. He had difficulty making friends with children of the same age. So he had no friends in his school.

But his friendship was very good with the engineers in the neighborhood around him.

Jobs did not like traditional classroom education from the beginning. He had a very bad image in school. Also, he was suspended from school several times.

He always got a third grade in school. So the teachers did not like him at all. So Steve was always bored at school.

After completing his school education, he enrolled in a private liberal arts college, Reed College.

Two years later, he traveled to India. Where he studied Zen Buddhism. Returning from there, he co-founded Apple with Steve Wozniak.

In it, he began to build a personal computer. In which he also built his own custom system.

But in 1985, Steve was fired as the company’s CEO. So he founded a separate company, NeXT. Which soon became a very successful company. NeXT revolutionized the visual effects and 3D animation industry.

Due to the success of the NeXT company, Apple acquired the company in 1997 and made Jobs the former CEO of Apple.

At the time, Apple was on the verge of bankruptcy. But Steve Jobs helped revive the company.

Jobs then teamed up with designer Jony Ive to launch several new producers under the “Think Different” campaign. Then launched several digital producers such as iMac, iTunes, Apple stores as well as iPod, iPhone and iPad.

He created a new Unix-based operating system for Apple, Mac OS X, using his company NeXT. Steve Jobs took Apple to the next level with his talent.

But in 2003, Steve developed a pancreatic neuroendocrine tumor. Which further proved fatal for them. Steve Jobs died of this tumor on October 5, 2011, at the age of 56. But the world will never forget him for his contribution to technology.

I do not take softness towards others because I want to make them better. ― Steve Jobs

You have to work hard to get your thinking clean to make it simple. ― Steve Jobs

I’ve never found anybody that didn’t want to help me if I asked them for help. ― Steve Jobs

It’s more fun to be a pirate than to join the Navy. ― Steve Jobs

Being the richest man in the cemetery doesn’t matter to me. But going to bed at night saying we’ve done something wonderful… that’s matters to me. ― Steve Jobs

If you act like you can do something, then it will work. ― Steve Jobs

There is no reason not to follow your heart. ― Steve Jobs

You must have the courage to follow your heart and intuition. Because they know better than you what you truly want to become. ― Steve Jobs

If you’re afraid of failing, you won’t get very far. ― Steve Jobs

When you understand that you can poke life and then actually you can change it, you can mold it. ― Steve Jobs

We figure out what we want. ― Steve Jobs

We have to build a little thing that could control a giant thing and that was an incredible lesson. ― Steve Jobs

You have to trust in something, your gut, destiny, life, karma, whatever.

I worked for 4-8 hours a week and 7 days a week. And I spent many years like this. But I loved my work because I was young, and I could do it. ― Steve Jobs

Your work can fill a big part of your life, and always do what is great. And the only way to do great work is to love what you do. ― Steve Jobs

I decided to drop out and trust that it would all work out okay. ― Steve Jobs

People in the world will always judge you on your performance, so just pay attention to the result. ― Steve Jobs

Be a yardstick of quality. Some people aren’t used to an environment where excellence is expected. ― Steve Jobs

Almost everything, all external expectations, all pride, all fear of embarrassment or failure, these things just fall away in the face of death, leaving only what is truly important. ― Steve Jobs

There cannot be progress without death, and even if there is progress there will be very little. ― Steve Jobs

Death is a destination that we all share. No one has ever escaped it. And death is the best invention of life. It is the change agent of life, as it clears the old to make way for the new. ― Steve Jobs

When you die, it doesn’t just disappear. ― Steve Jobs

Remembering that you are going to die is the best way I know to avoid the trap of thinking you have something to lose. ― Steve Jobs

The most corrosive technology that I’ve ever seen is called television. ― Steve Jobs

The computer is the most notable tool for me. Because it sharpens my mind. ― Steve Jobs

There are no other tools in the world that have the power and versatility of computers. ― Steve Jobs

Humans are tool builders. And we create things to amplify ourselves. ― Steve Jobs

The computer is the most awesome technology tool rank at the top. ― Steve Jobs

I loved what I did and this thing always kept me connected. ― Steve Jobs

Money is such a wonderful thing that enables us to do things, it enables us to invest in ideas that are not short term paybacks and things like that. ― Steve Jobs

Life goes on and you learn from it. ― Steve Jobs

We all get a chance to become truly outstanding. But not everyone can seize this opportunity. Because this is our life. ― Steve Jobs

I believe life is an intelligent thing, that things aren’t random. ― Steve Jobs

There is no need to take everything seriously. If you want to live your life creatively as an artist, you should not look far back. Do whatever you need to do well and throw away what you were and do. ― Steve Jobs

Life is just always mysterious and surprising, and You never know what will happen to you next.

Once you discover a simple fact, you will realize that everything around you that you call life was created by people who were no smarter than you. ― Steve Jobs

I was lucky because I got what I wanted to do early in life. ― Steve Jobs

Challenges come in our life so that we know how to live with them and bring them back to the world. ― Steve Jobs

Do not let the noise of other’s opinions dominate your inner voice. ― Steve Jobs

Assuming that the dots connect and become a road will give you the confidence to follow your heart. ― Steve Jobs

I do not care to be right. I just care about the success and doing the right thing. ― Steve Jobs

If you are doing something and you have failed in it. So you have to believe that the dots will somehow connect in your future. ― Steve Jobs

Whenever you are successful, you will need to guard against your pride. ― Steve Jobs

If you don’t like what you’re doing, you’re going to fail. ― Steve Jobs

If you are willing to work hard and ask lots of questions, you can learn business pretty fast. ― Steve Jobs

The best ideas have to win. ― Steve Jobs

Do something when you are young. Do not stop! Because at that time you have nothing to lose. Just keep this in mind.

Don’t get hung up on who owns the idea. Pick the best one, and let’s go. ― Steve Jobs

The doers are the major thinkers. The people that really create the things that change this industry. They are both a thinker and a doer. ― Steve Jobs

The greatest people are self-managing. Once they know what to do, they’ll go figure out how to do it. They just need a common vision. ― Steve Jobs

Focus and simplicity is the only mantra in my life. ― Steve Jobs

Leadership means having a vision; able to make his vision clear and easily understood by others so that those around you can understand it and get a consensus on a common vision. ― Steve Jobs

Those who have actually contributed to something new have been both thinkers and doers. ― Steve Jobs

Many people tell me that you like what you are doing. And you have a lot of passion for what you are doing. So you are able to do it. And this is absolutely true. Because this is very hard. It always has to be done. You cannot stop in this. And you also have to complete it at a specific time. So if you don’t like it, if you don’t enjoy doing it, you’re going to give it up soon. ― Steve Jobs

If you are working on something exciting that you care about, you don’t have to push it. The vision pulls you. ― Steve Jobs

If you have got an idea or found a problem that you want to fix and you are passionate about it. Only then will you be able to complete it otherwise you will not be able to persevere to cross it. I think half of your battle is right there. ― Steve Jobs

In our life, there is only one thing in our hands that is time. If we use it well then we can achieve a lot and many new experiences can also be gained. Which will help make us even more prosperous. ― Steve Jobs

Your time is limited, so don’t waste it living someone else’s life. Don’t be trapped by those people who are living with the results of other people’s thinking. ― Steve Jobs

Your first valuable investment is your time. So invest time in yourself to have great experiences that are going to enrich you. ― Steve Jobs

You can build your own things that other people can use. And once you learn that, you’ll never be the same again. ― Steve Jobs

Innovation has nothing to do with how many R&D dollars you have. It is about the people you have, how you led, and how much you achieve your goal.

Innovation distinguishes between a leader and a follower. ― Steve Jobs

Sometimes innovation can also be a mistake. Then we have only one solution which is to accept them quickly and improve our other innovations. ― Steve Jobs

Every day you discover something new that is a new problem or a new opportunity to fit these things together with a little differently. ― Steve Jobs 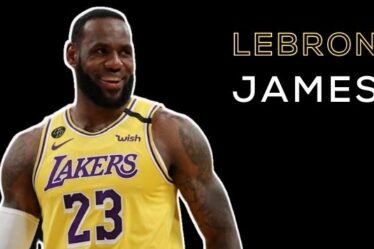 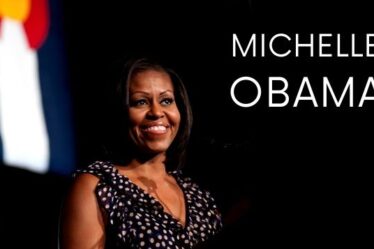 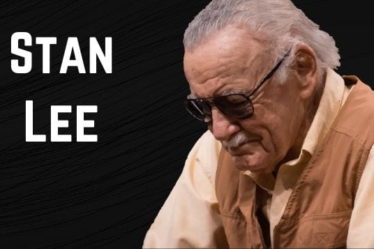